The house near Regent’s Park, was a former wing of a larger 1890’s house that had been added on in the Twenties. Its windows were tiny and its rooms dark, with a muddled arrangement.

The ground floor originally had an abundance of pink marble and wrought-iron curlicles and had a claustrophobic, windowless, mirror-lined dining room. This was opened up into one big space, with the exception of a short entrance corridor, lined with a concealed coat cupboard. The space was then divided into kitchen, dining and sitting areas, each with a floor-to-ceiling metal door that opens onto the private courtyard at the front of the house.

A former parking area was paved with York stone and walls lined with tall evergreen shrubs.

Chimney created in the main room as a focus point, with the flue concealed behind the top of the wall next to it.

The whole wall above the fireplace can be pushed to one side, to reveal a television screen behind it. 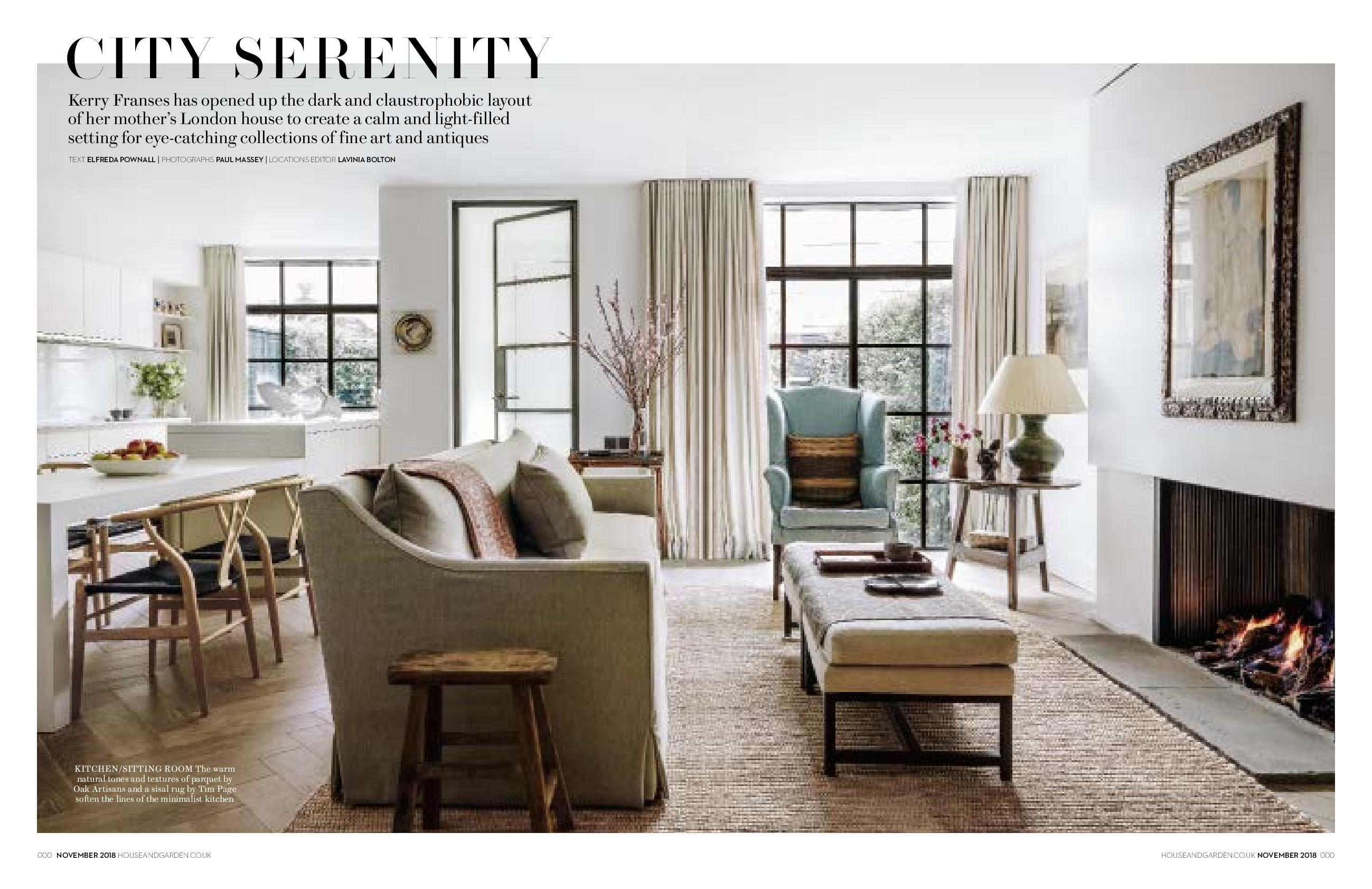 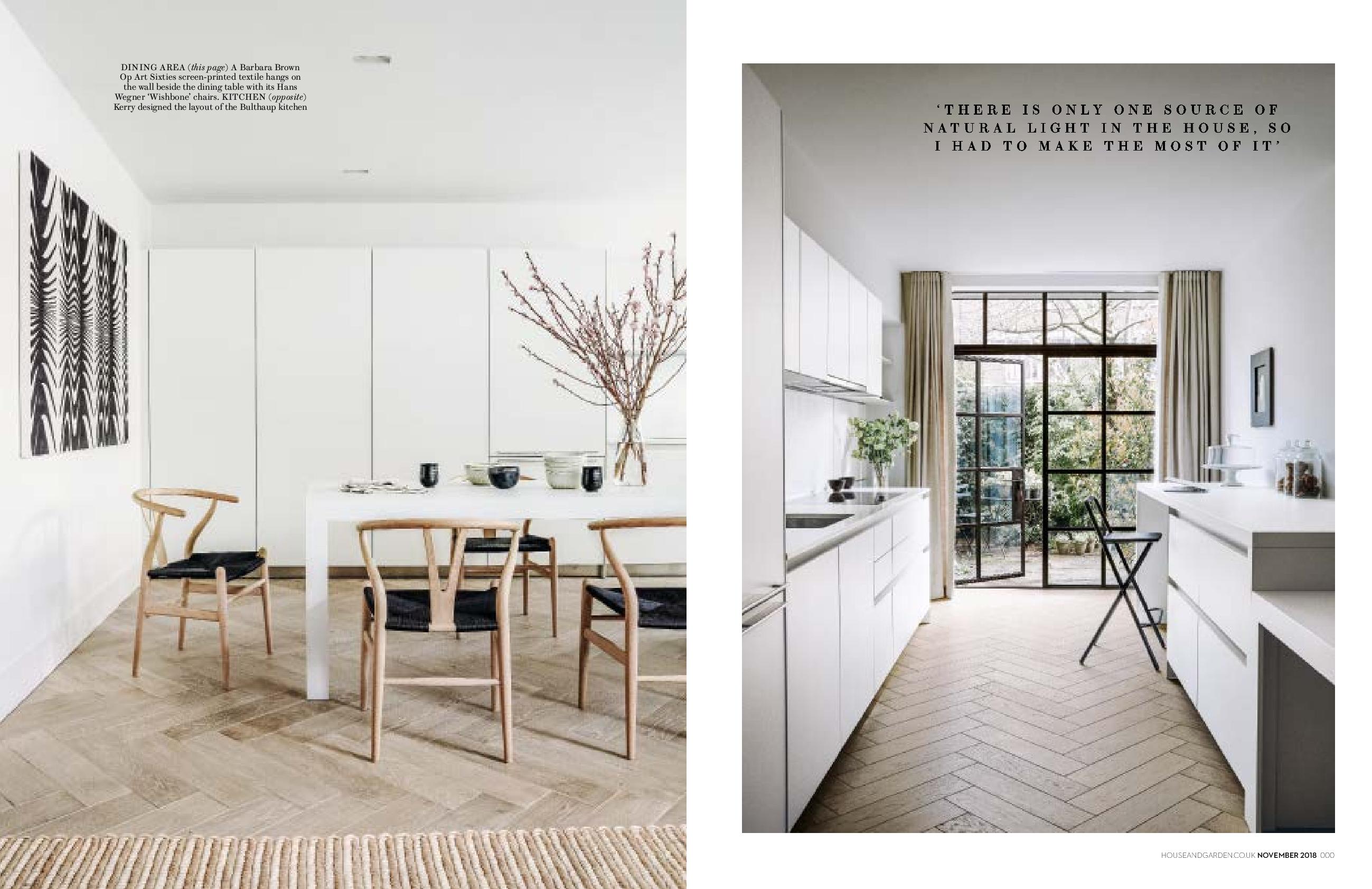 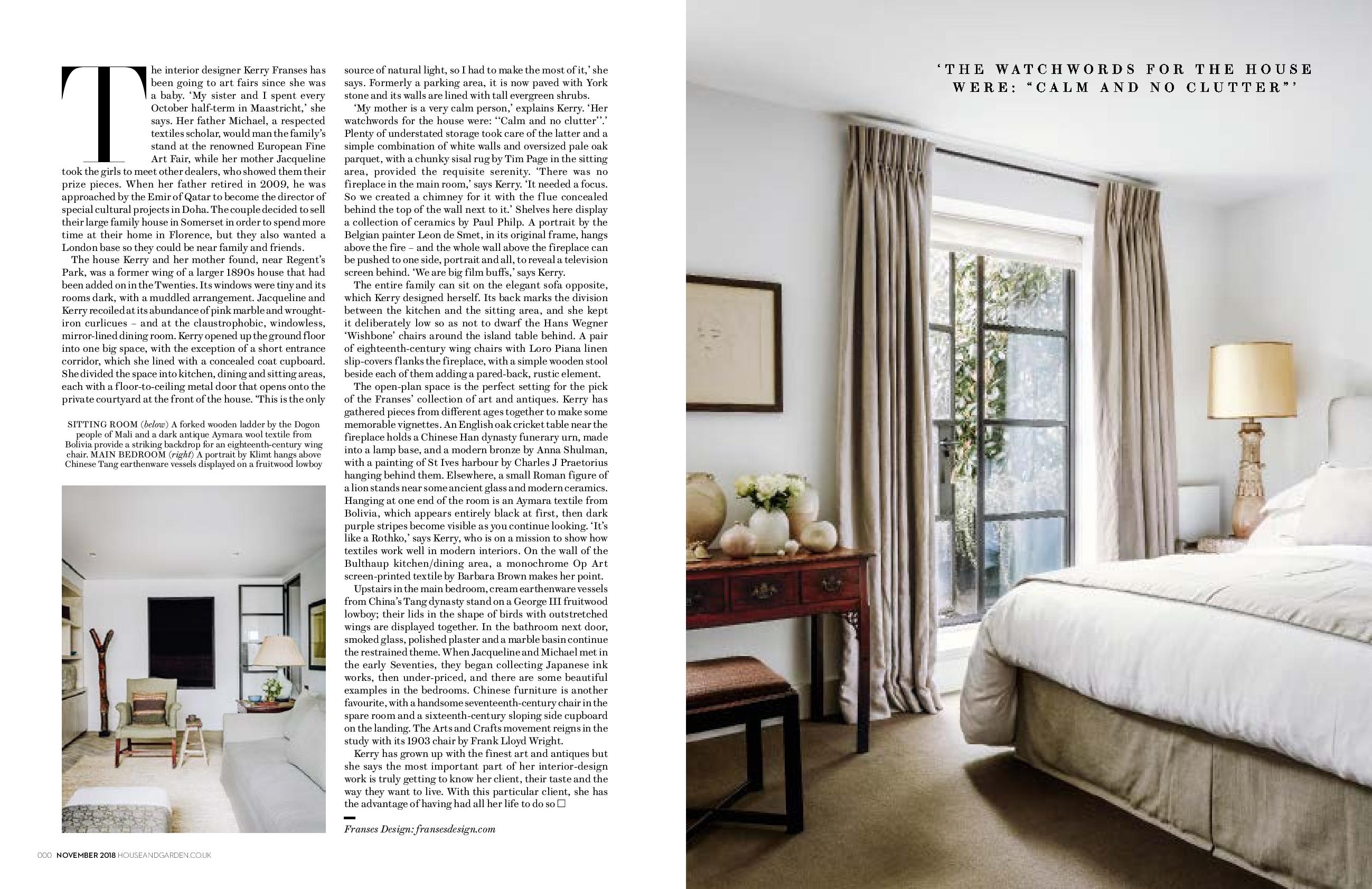 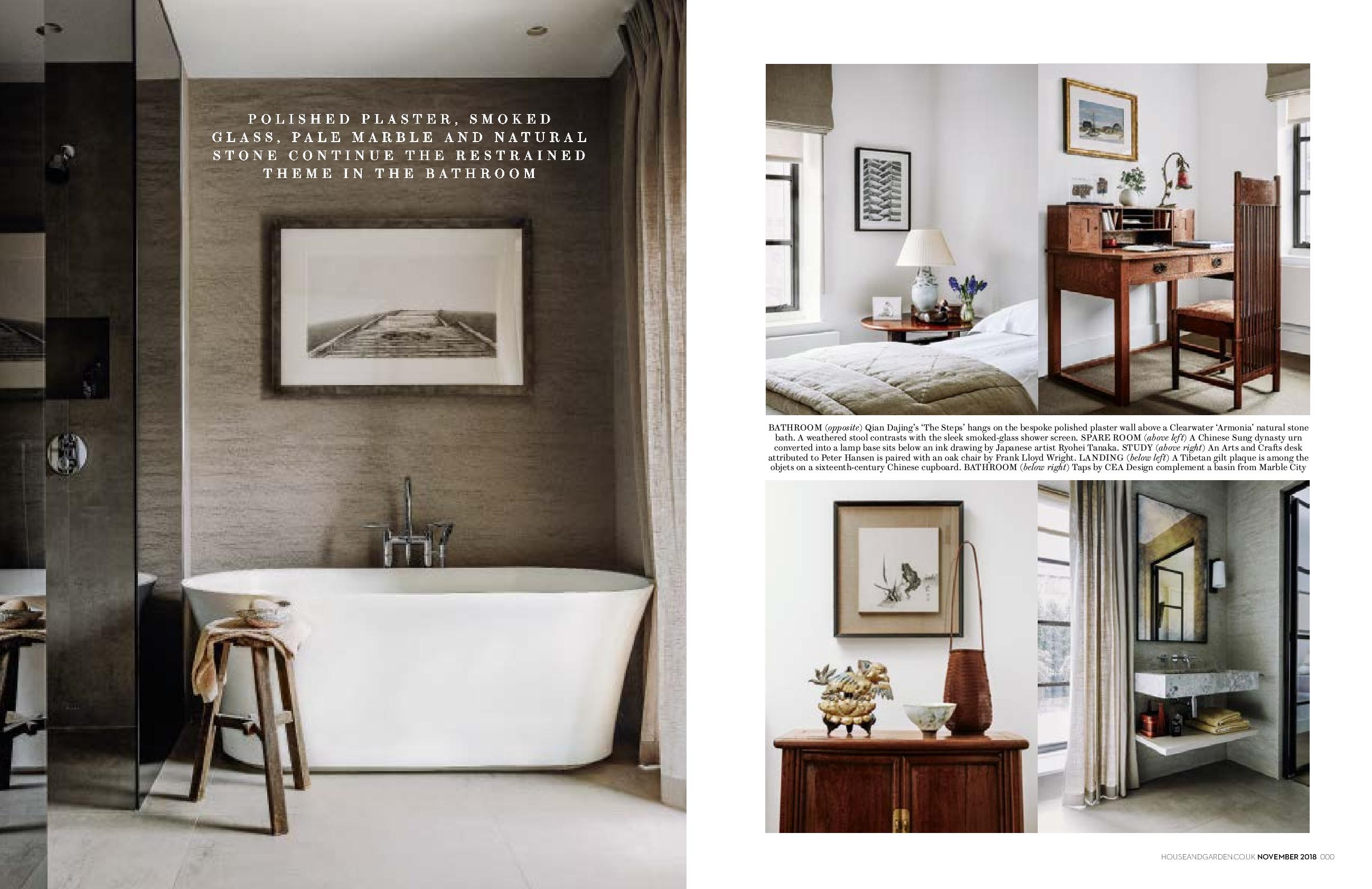